What can you write about the Wissahickon that hasn’t already been written? The creek, its deep gorge and wooded banks have been described lovingly by Mark Twain, John Greenleaf Whittier, and Edgar Allan Poe. Quote Poe, “The Wissahiccon is of so remarkable a loveliness that, were it flowing in England, it would be the theme of every bard, and the common topic of every tongue, if, indeed, its banks were not parcelled off in lots, at an exorbitant price, as building-sites for the villas of the opulent.”

Lucky for us, it hasn’t been parceled off, and today it’s part of what makes Fairmount Park one of the largest urban park systems in America. The rich history of Philadelphia is evident in every corner of the Wissahickon valley, from dams left behind by the country’s first paper mills, to a statue memorializing the displaced Lenape people—though, awkwardly enough, there isn’t any real evidence that the Lenape actually lived in the park, and the marble chief mistakenly wears the signature feathered war bonnet of the indigenous people of the Great Plains.

The Wissahickon has plenty of trails for hiking, mountain biking, horseback riding, and running (the most popular being Forbidden Drive, a wide hardpack path that follows the creek). There’s also Devil’s Pool, where swimming is tolerated by not really legal, and a few large boulders of Wissahickon schist for climbers. Most of the park is heavily wooded, save for two large open meadows seeded with native wildflowers and grasses. One of my favorite 6-mile hikes starts at the northern parking lot and loops through both meadows and the woods connecting them, before returning via Forbidden Drive.

There’s so much to see at the park that it’s hard to round it all up here—in fact, the most comprehensive guide is probably the Friends of the Wissahickon trail map, which is only available for purchase. Go throw them a few bucks! In the meantime, I’ll use the tips section to explain what I’ve managed to locate.

The following landmarks are indicated on the interactive map: - “Tedyuscung,” the “Lenape Chief.” - Toleration statue of William Penn. - Walnut Lane bridge, one of the first reinforced concrete bridges and the highest in the world when it was built. - The Great Beech, a 150-year old specimen tree. - The Thomas Mill Covered Bridge. - Cave of Kelpius, where a German mystic prayed while awaiting what he thought would be the end of the world in 1694. - The goldmine caves, perhaps created by settlers looking for gold. - Devil’s Pool. 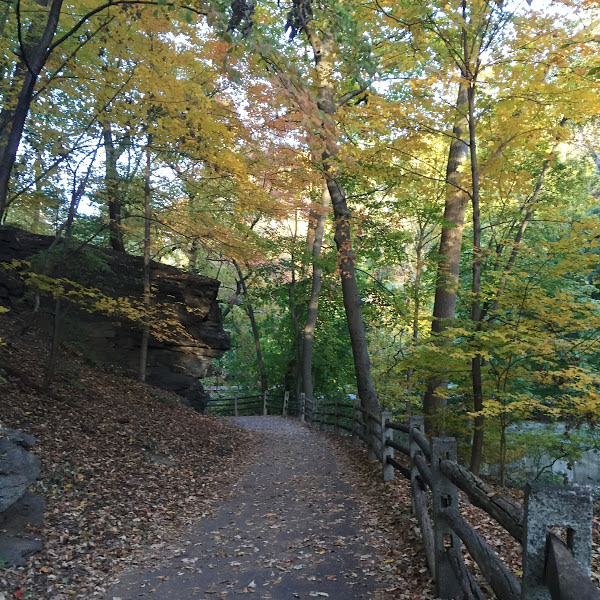 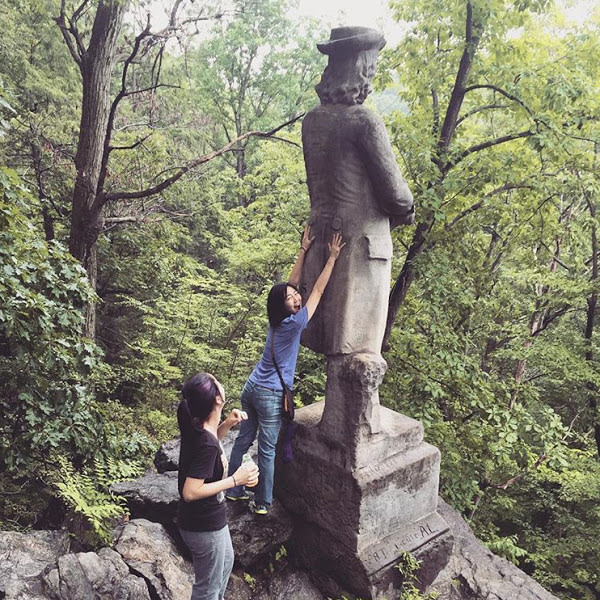 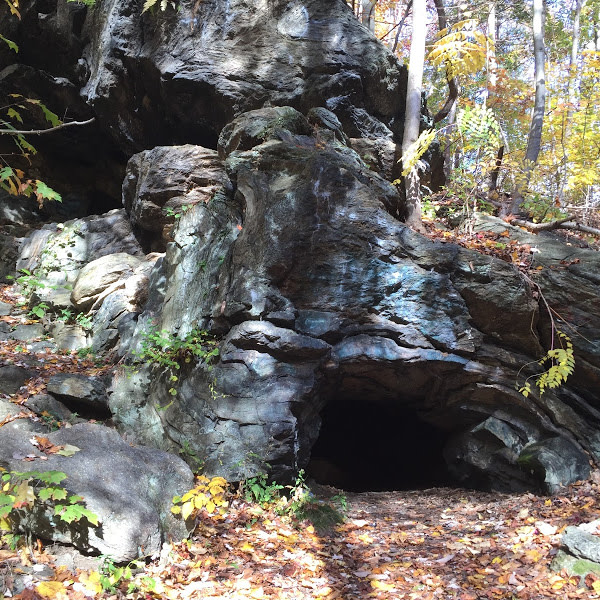 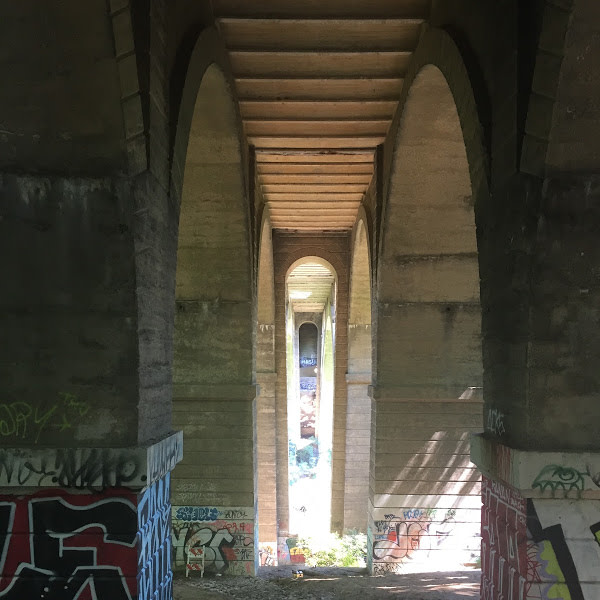 Under the Walnut Lane bridge. 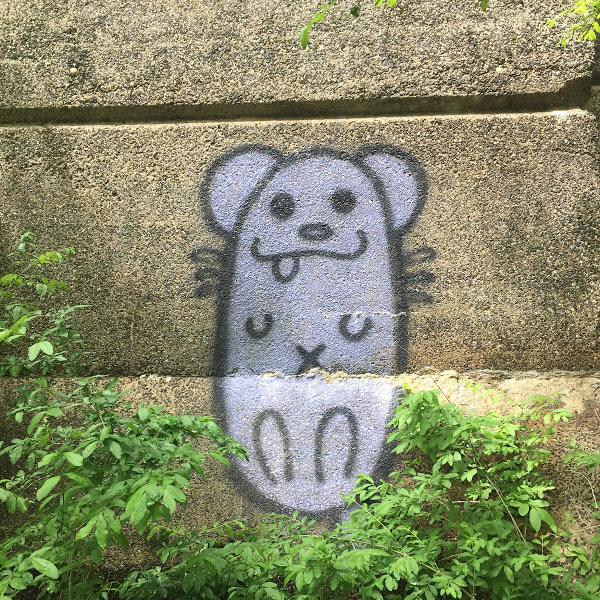 A critter under the Walnut Lane Bridge. 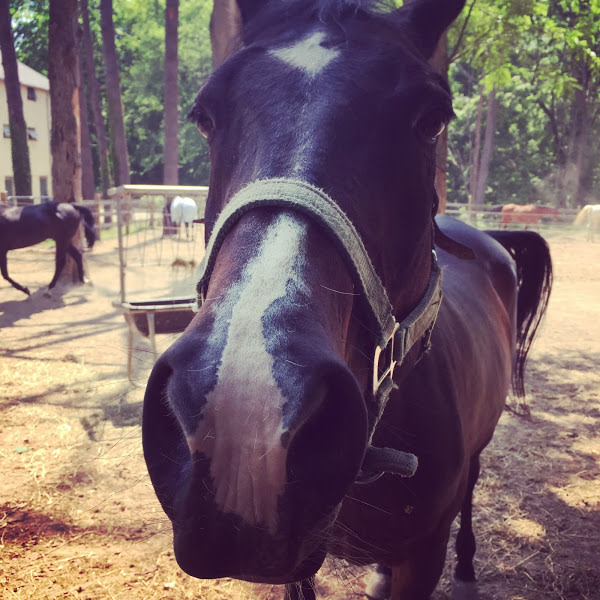 Horses at the Northwestern Stable. 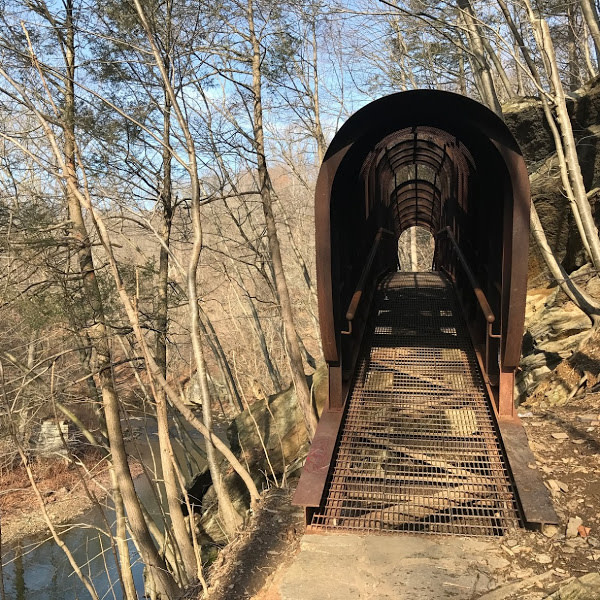 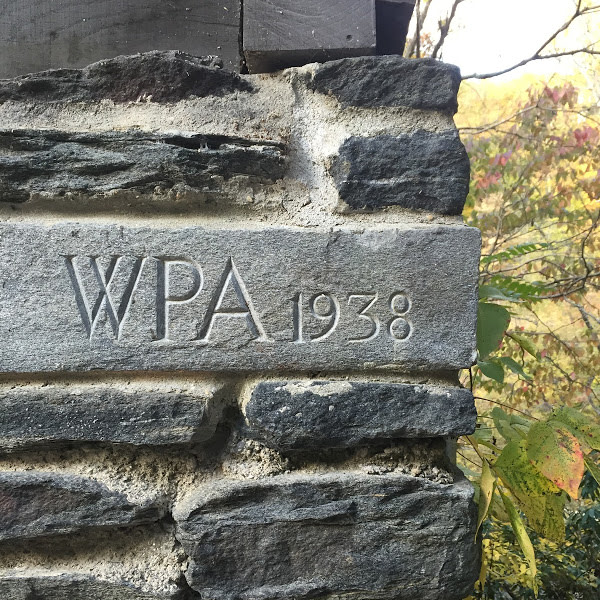 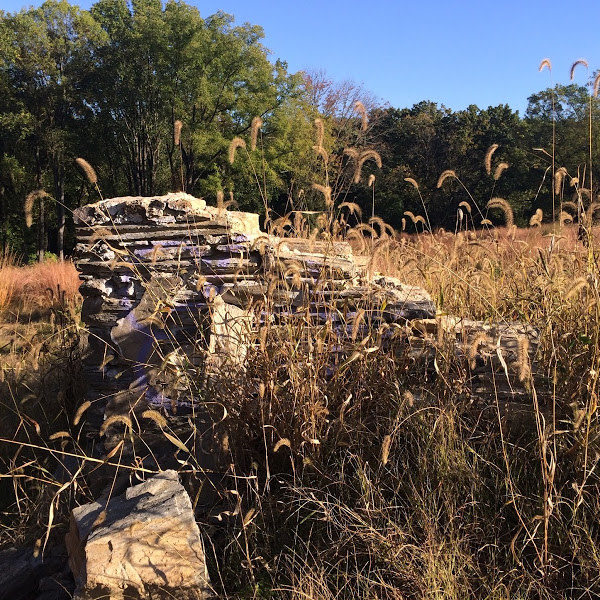 Ruins on the former Andorra Nursery. 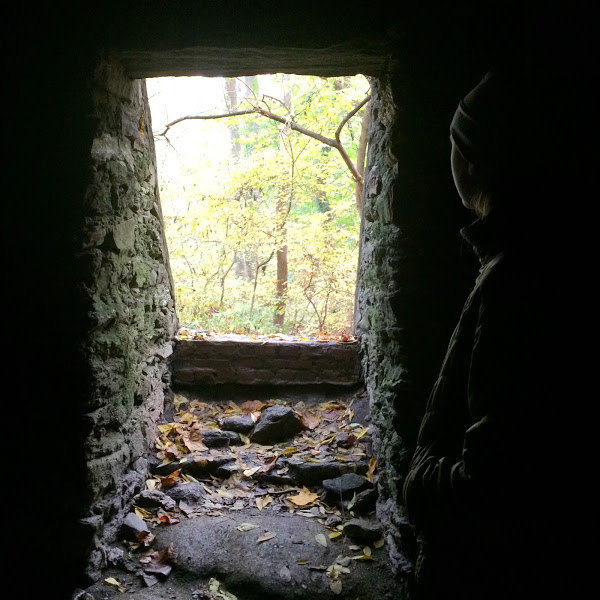 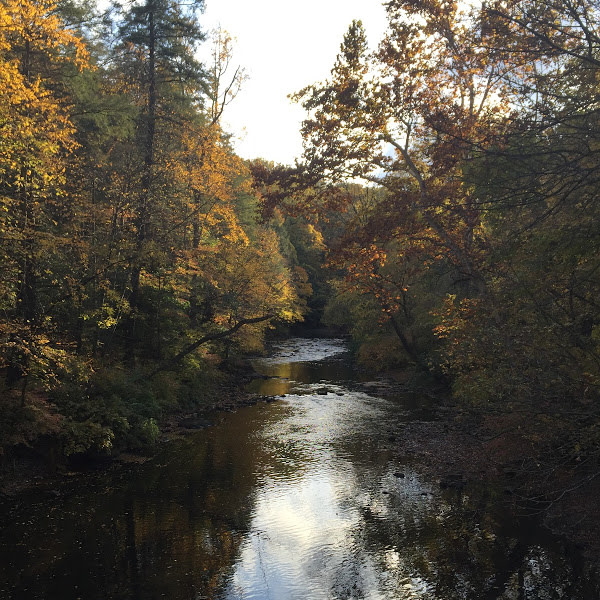 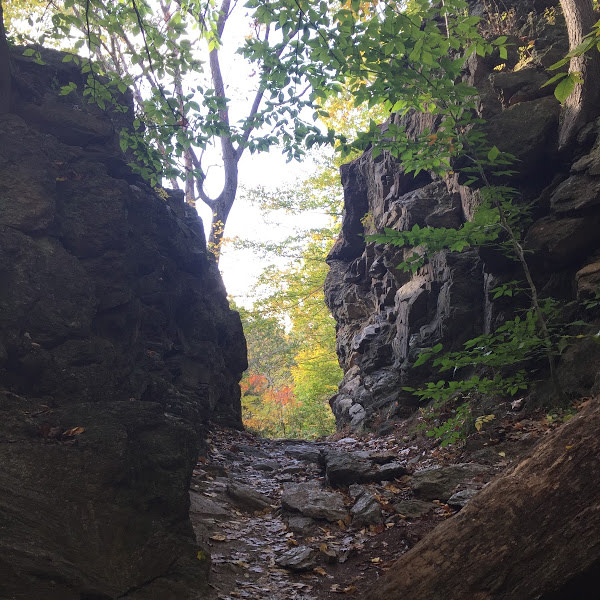 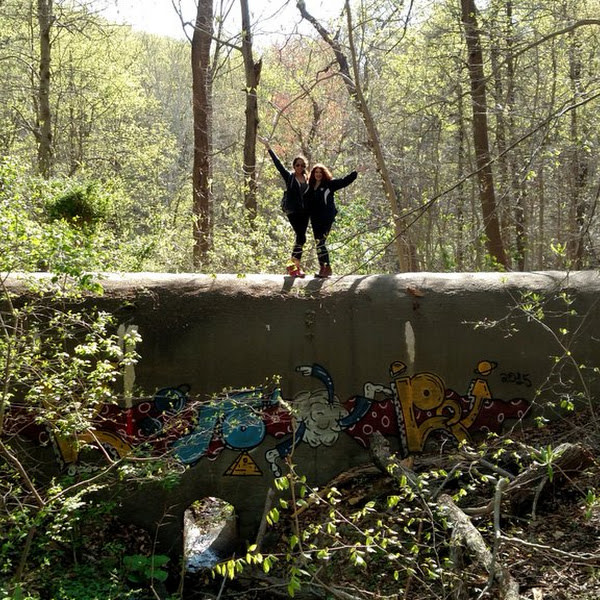 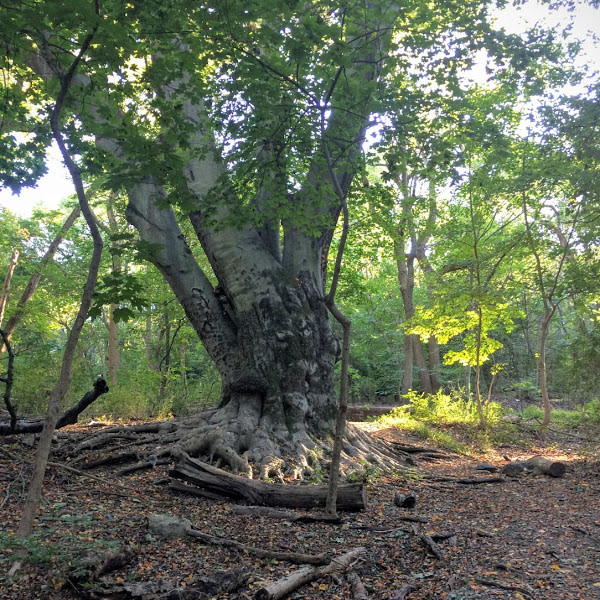 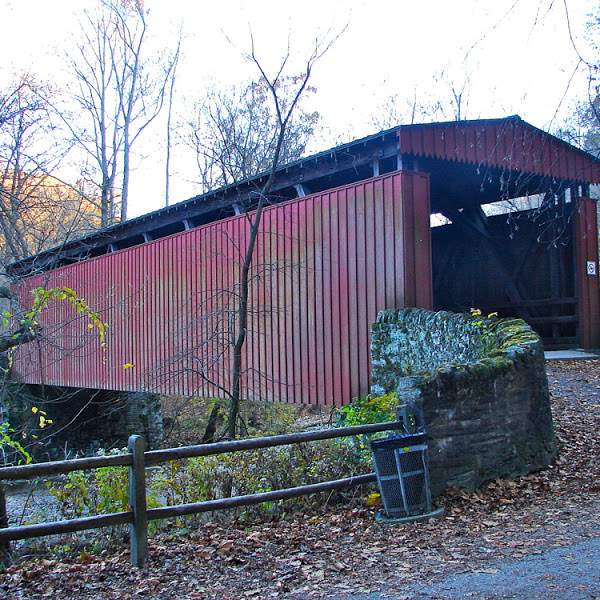 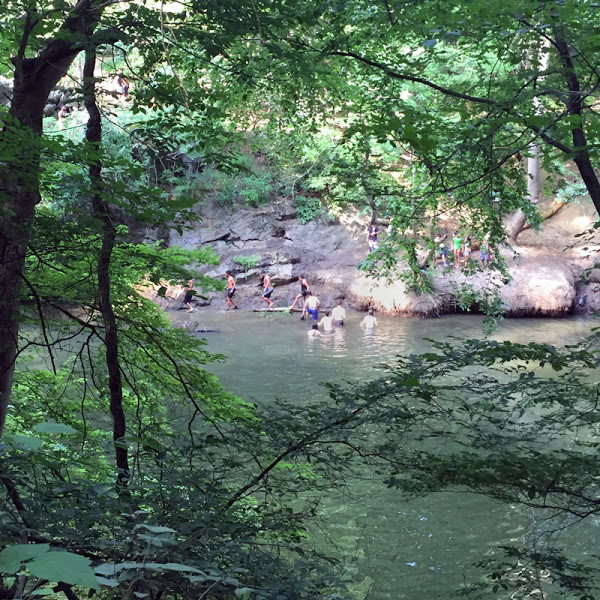